The Call of Duty Endowment identifies and funds the most efficient and effective organizations that get unemployed veterans back to work.

The Call of Duty Endowment helps veterans find high quality careers by supporting groups that prepare them for the job market and by raising awareness of the value vets bring to the workplace.

Learn More in Our Annual Report

Veterans placed in jobs since 2009 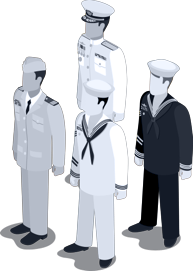 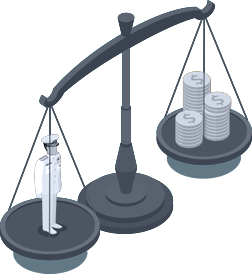 Average 2021 starting salary for veterans placed by our partners (national median is $31,099) 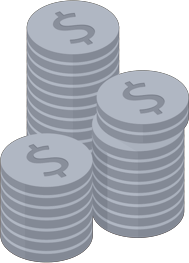 The Call of Duty Endowment uses a performance-driven approach to fund organizations delivering the highest standards of quality and cost-efficient veteran job placement services. Beyond funding, we partner with our grantees to provide an array of advice and support aimed at maximizing their impact.

In 2021, our grantee organization’s average cost to place a veteran in a job was $547, about 1/10 of the cost of U.S. government efforts. This is made possible by a commitment to high-performance standards that are measured on a quarterly basis, including:

In addition to supporting its grantees, the Endowment is committed to highlighting high performance in the veteran employment space through its Seal of Distinction program, which provides both a $30,000 prize and national recognition to winners of the award.

Learn About Our Founding Story

Where the money goes

Activision Blizzard pays for all the Endowment’s overhead costs.

The Call of Duty Endowment was co-founded by Activision Blizzard CEO  Bobby Kotick . In 2007, during a veterans initiative in Los Angeles, Bobby came to the realization that veteran projects too often focused on symbolism, such as creating monuments and naming public parks.

Few, however, provided the tangible resource veterans most needed: jobs.

Bobby Kotick’s concern led him to lay the groundwork for the Endowment. At that point, he also recognized the momentum the initiative could have if he coupled it with the enormously popular Call of Duty brand. Bobby’s vision came to fruition in November 2009, when Activision Blizzard launched the Call of Duty Endowment with a commitment to donate and raise millions of dollars for the cause.

In 2012, General James L. Jones was introduced as co-chairman of the Call of Duty Endowment. A former National Security Advisor to the President of the United States, European Command/NATO Commander, and Commandant of the United States Marine Corps, General Jones brings over 40 years of experience in military and veterans affairs to the Call of Duty Endowment.

Activision Blizzard has intensely supported veteran employment efforts since 2009, and is committed to funding the placement of 100,000 vets into high-quality jobs by 2024 through the Call of Duty Endowment. The Endowment has also expanded its support internationally to the United Kingdom in 2017, attempting to ensure more of those who have served their nation in uniform are able to find meaningful careers.

Learn More About Our Leadership Team.